Flight of the “Question Mark” 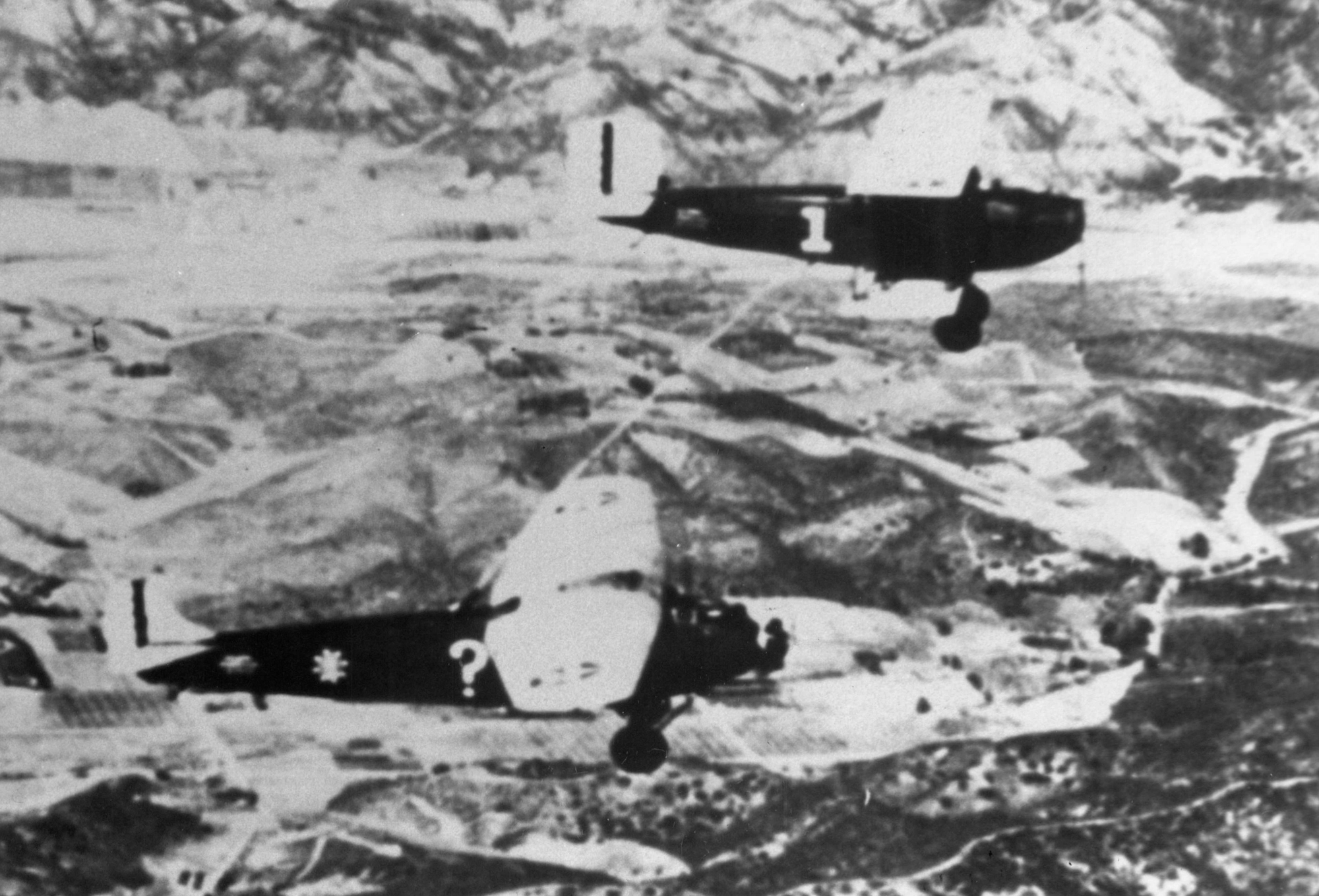 Flight of the “Question Mark”

SCOTT AIR FORCE BASE, Ill. (AFNS) — On Jan. 1, 1929, a tri-engined Fokker C-2 aircraft with a crew of five climbed into the southern California sky. This aircraft, dubbed the “Question Mark,” was not history’s first air refueling mission, but it played a crucial role in the beginning of air refueling efforts and the development of the U.S. Army Air Corps.

The flight, born from the ingenuity of Airmen through their experiences in World War I, lasted from Jan. 1-7, 1929; a total of 150 hours and 40 minutes. The crew flew a 110-mile racetrack from Santa Monica, Calif., to San Diego, Calif. They also flew over the New Year’s Day Rose Bowl football game.

All told, the Question Mark received 5,700 gallons of fuel. During the contacts, the tanker crews also passed oil, food, water and other miscellaneous items, by means of a rope. Neither the Question Mark nor the two refuelers were equipped with radios because of a radio’s weight and unreliability. The crews maintained communications via notes dropped to the ground, hand and flashlight signals, and written messages displayed on ground panels and on both planes.

The Question Mark’s crew consisted of Maj. Carl Spatz (he later changed the spelling to Spaatz), Captain Ira Eaker, Lieutenant Elwood Quesada, Lt. Harry Halverson and Staff Sgt. Roy Hooe. The crews of the tankers were Capt. Roy Hoyt and Lts. Auby Strickland and Irwin Woodring in the No. 1 aircraft, and Lts. Odas Moon, Joseph G. Hopkins and Andrew F. Solter were in the No. 2 aircraft. Capt. Hugh Elmendorf was in charge of ground operations and logistics for the mission.

Air refueling still was considered by many to be a modern marvel, and it had humble beginnings. The first attempts were in 1921 with the employment of five-gallon gas cans when a U.S. Navy lieutenant, in the back of a Huff-Daland HD-4, used a grappling hook to snag a gas can from a float in the Potomac River. In another attempt, a wing walker with a gas can strapped to his back, climbed from an airborne Lincoln Standard to a Curtiss JN-4 to pour gas into the aircraft’s tank.

While these two publicity stunts deserve mention, the first air-to-air refueling using a gravity-flow hose occurred in 1923. Earlier that year, the Army Air Service had equipped two de Haviland DH-4Bs with in-flight hoses. After installation, testing and preparation, the Army Air Service was ready to put it to use. On June 27, one of the DH-4s flew a six-hour-and-38-minute flight that included two air refuelings.

However, the early days of air refueling weren’t without danger. Navy Lieutenant P. T. Wagner, the pilot of a refueler was killed during testing in 1923 when the refueling hose became entangled in the right wings of the two aircraft.

At that time, the Army’s budget was very limited, and the aviation branch in particular, had not recovered from the 1919 demobilization. The tests in 1923 attempted to show the practicality of air refueling with a flight demonstration that consisted of a more than 37-hour long record-setting flight in August that covered some 3,293 miles, and again with a border-to-border flight from Lamas, Wash., to Tijuana, Mexico, in October.

Between the budgetary constraints and the lack of an actual application, the air refueling testing slowly ground to a halt. The Nov. 18 accident caused the Air Service to stop it altogether.

The idea for the Question Mark flight started with Lt. Quesada. Years later, by-then retired General Quesada recalled that the mission was actually an incidental thought rather than a planned objective.

Additionally, by 1928, officials in Belgium had restarted air refueling experiments, picking up where those in other countries had left off. In the process, the Belgians set a new record of 60 hours and 7 minutes aloft.

Also in 1928, a German aircraft, the Bremen, attempted to fly across the Atlantic. However, it was forced to land in a barren area of Labrador. When the German government requested help from the U.S. State Department, Army Air Corps officials accepted the task.

Maj. Gen. James Fechet, head of the Army Air Corps, led a flight team which consisted of Lt. Quesada and Capt. Eaker. Despite poor weather and periods of heavy ground fog, they found The Bremen and her crew safe and sound.

Lt. Quesada said he was surprised when Captain Eaker “decided to go over the ground fog. I said, my God, what are we going to do if we get caught up here. So then I began to think, my God, wouldn’t it be nice if we had a gas station. We could just pull in to a gas station and fill up with gas again.”

Captain Eaker took that idea a step further and began organizing the effort for a prolonged refueling technique, with a demonstration that would attract a lot of attention for the Army Air Corps.

The Question Mark’s mission portended little militarily. Based on the success of this air refueling mission, Army Air Corps officials scheduled a formal demonstration in the spring of 1929 as part of an Army war game maneuver.

During the demonstration, a Keystone B-3A bomber was to fly, accompanied by a Douglas tanker, from Dayton, Ohio, on a simulated bombing mission over New York City’s harbor, and then return. Refueling was to occur over Washington, D.C., during both parts of the mission. However, a network of thunderstorms between Ohio and Washington caused the aircraft to become separated.

Icing conditions forced the tanker to make an emergency landing in Uniontown, Penn., where it lodged itself in the mud. The bomber successfully pressed on to New York City and returned to Washington without the tanker’s support.

With this disappointment, the U.S. Army Department shelved the idea of air refueling for another 12 years.

Still, in its primary objective, the Question Mark was a huge success.

“It got tremendous public attention, which is exactly what [we] had in mind,” said General Quesada. “The Question Mark had no noble purpose. It wasn’t going to create an operational procedure that would plunge the Air Force into a great superior power that would make it unnecessary to have an Army or a Navy. The purpose was to attract attention. I think it would be somewhat abusive not to recognize that.”

In fact, it captured the public’s imagination. American aviators were enthralled with the concept of air refueling. By May 26, 1929, a pair of commercial pilots in Texas, using a reconditioned Ryan Brougham monoplane, broke the Question Mark’s record with 172 hours and 32 minutes in the air. From then on, the record continued to be extended.