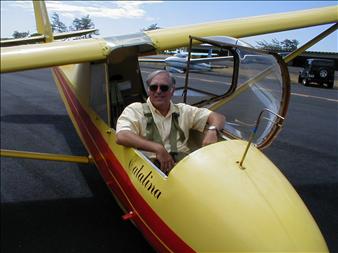 (From the 2010 Spaatz Association Newsletter)

John Campbell #229 died of cancer in February 2010. He learned to fly as a cadet in Hawaii.

After graduating from high school John moved to Washington, DC. where, John earned his Spaatz in 1973. He was the sixth Spaatz recipient in the National Capital wing. He attended Georgetown University.

John was a legend in gliding and soaring. He was very active in the Soaring Society of America program where he
was the Youth Committee chair. He had over 5000 flying hours.

John gave his final flight lesson in early December 2009 and taught ground school until early January. He kept lecturing in astronomy until four days before he entered hospice care. He passed away nine days later.