Spaatz 1902 Presented at the Pentagon

Spaatz 1902 Presented at the Pentagon 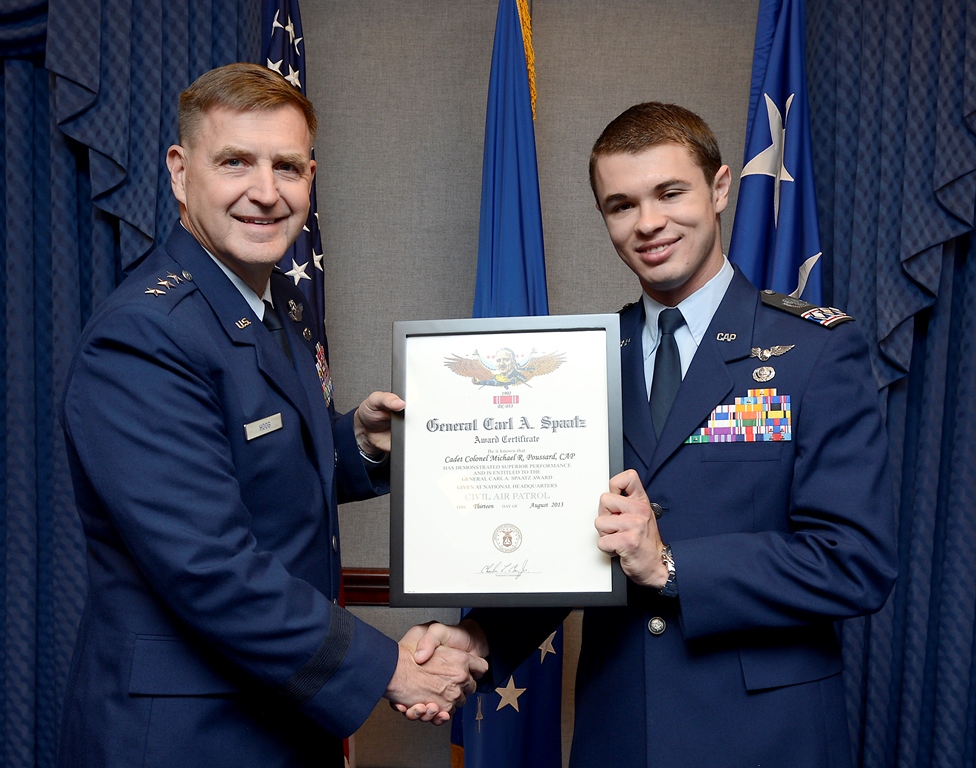 Cadet Poussard is currently a seminarian in priestly formation for the Roman Catholic Diocese of Arlington, Virginia. He is currently studying Philosophy at the Pontifical College Josephinum in Columbus, OH.

At the conclusion of the ceremony, the USAF Chief of Staff, General Mark A. Welsh III, stopped by to congratulate Cadet Colonel Poussard on a job well done.